Welcome to the 15th edition of this NYC election-focused newsletter. It may be mostly over, but it’s not entirely over. A majority of New Yorkers regard the City Council general elections as a sort of pesky formality that they have to get through after the real results are determined in the primary, and for the most part that’s true. In nearly every one of the 51 districts, a Republican victory is so unlikely as to be statistically negligible. Nearly, but not all. I’m independent journalist Felipe De La Hoz, and here’s a quick breakdown of a race that might actually still see some jockeying from now until November, as well as other points of interest.

First of all, let me say that I don’t necessarily mean races where Republican candidates are likely to win, as there are a couple of those where the phenomenon is basically flipped: the likelihood of a Democratic candidate prevailing is so low as to make the race uncompetitive. These would be districts 50 and 51, not coincidentally two out of the three Council districts on the more conservative Staten Island. 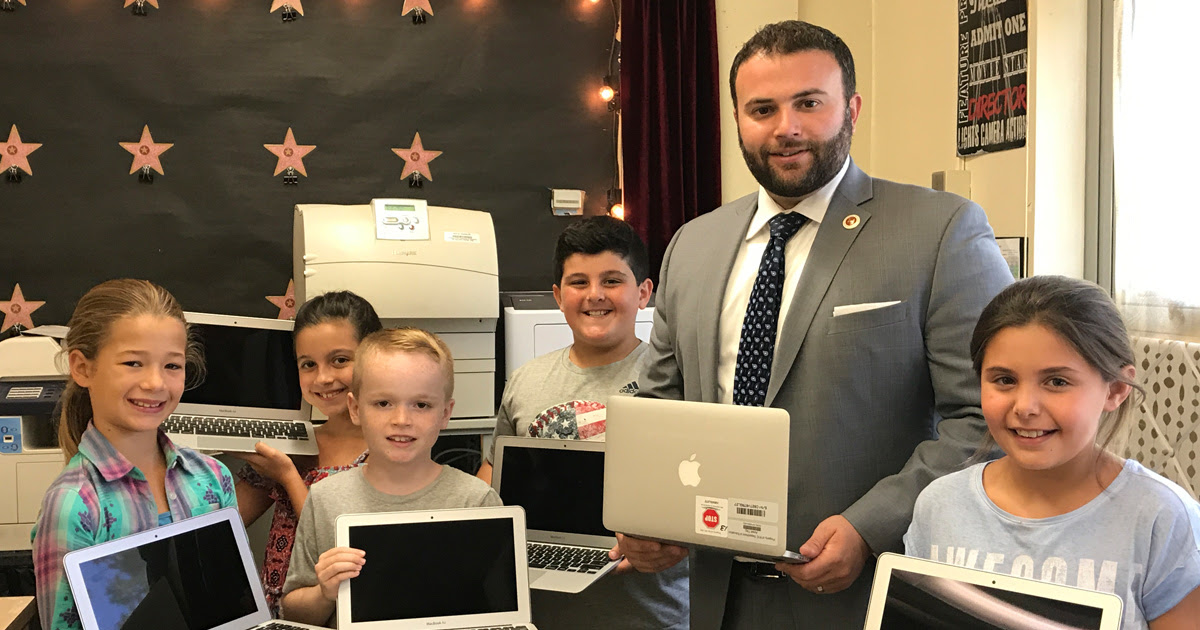 In Staten Island’s district 51, a Trump surrogate faces of against Dems

District 51, which is made up of roughly the southern half of the island, is the most Republican-leaning in the city and is represented by Joe Borelli, a Trump surrogate and frequent Fox News guest. The northernmost Staten Island district, district 49, has been represented by Democrat Debi Rose since 2010, made possible by the fact that she is part of the crop of Council members in place when former Mayor Michael Bloomberg was able to briefly get the term limits law changed to run for a third time (and win). Now Rose is term-limited, but while the district is certainly less of a sure-shot Democratic win than most others, there’s no reason to think Democratic nominee Kamillah Hanks will ultimately lose.

A heated competition in Queens’ district 32

The same can’t be said for what may be the only truly competitive general election race of the cycle, for Queens’ district 32, which includes parts of the Rockaways, Howard Beach, Ozone Park, Richmond Hill, and other neighborhoods. Currently represented by one of only three Republicans in the Council, term-limited Eric Ulrich, the district features large pockets of white, Latino, and Asian working-class areas, several of which have a conservative bent. 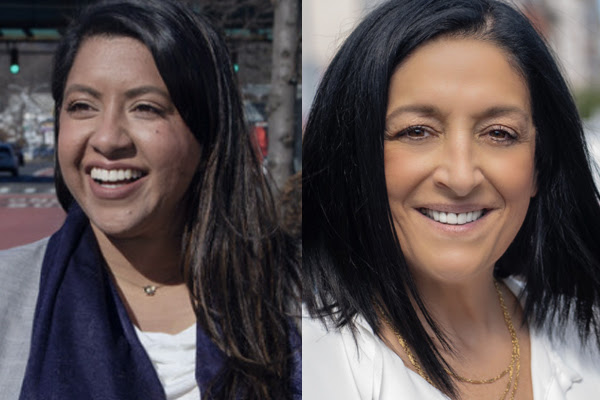 We’ve touched on this race before; it will pit Democratic candidate Felicia Singh — a teacher and community advocate who was involved in the 2020 Census — against Republican candidate Joann Ariola — the county’s GOP chair and a former Borough President candidate.

Ulrich is one of the longest-serving members, having won a special election in 2009 and then subsequently served three full terms. He’s benefited from being an incumbent, but the district is far from a GOP lock. In 2013, Ulrich won with a respectable but not runaway 53.1 percent. Ariola has emphasized public safety in her campaign, while Singh has hit on themes of education equity and environmental resilience. With the public’s preoccupation with violent crime as well as New York City’s puzzling new subtropical climate and recent flooding, both messages have a chance to resonate. It’s impossible to say with confidence how this race will pan out, making it a kind of unique outlier. A thorough look at every other city race, from City Council to borough president to district attorney to mayor, reveals essentially nothing else that is a true tossup. Still, there are some interesting quirks and anomalies worth exploring as we shift to a general election posture. 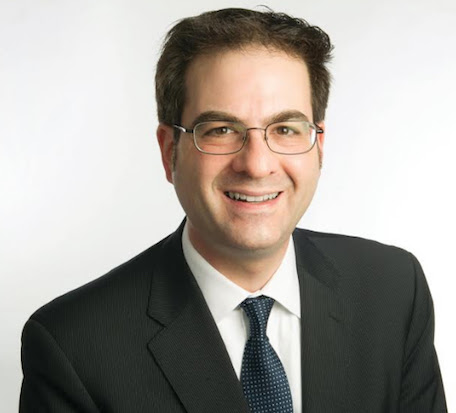 In Brooklyn’s district 44, a Republican win is imminent

In Brooklyn’s district 44, which includes Borough Park, parts of Bensonhurst and Midwood, and other neighborhoods, we can guarantee that the Republican candidate will win. Also, the Democratic candidate. And the Conservative Party candidate, for that matter. That’s because incumbent Council member Kalman Yeger is running on all three of those ballot lines, a quirk made possible by the fact that New York is one of a handful of states to allow so-called fusion voting. In essence, the system allows a single candidate to run on multiple ballot lines in the same election, with each line getting its own vote tally before they are added up to represent the candidate’s final vote count (hence the fusion). This system has been used to substantial effect by third parties like the Working Families Party, which is able to run the same candidates as the Democratic Party, and then point to winning candidates’ WFP vote tallies as a way to exert pressure to move them toward the party’s more progressive objectives.

In some cases, however, the application of the system verges on the absurd, with candidates running on ballot lines for parties that in theory have diametrically opposite platforms. Yeger is a registered Democrat, but in 2017, the year he first won his seat, he ran on the Democratic and Conservative Party lines; this year, he’s adding Republican to the mix. This is largely a reflection of the district’s distinctive and idiosyncratic constituency, which includes a large Orthodox Jewish population that resists typical political classifications. It’s conservative overall, but strategically votes Democratic to achieve local policy goals like the preservation of Yeshiva-based education, understanding that it’s a large and reliably politically active voting bloc that Democrats want to maintain. That reality paves the path for candidates like Yeger, who can just as comfortably run on Democratic and Republican party lines, and is something of an iconoclast in the Council. Last year, for example, he was booted off the Immigration Committee for tweeting that “Palestine does not exist.” 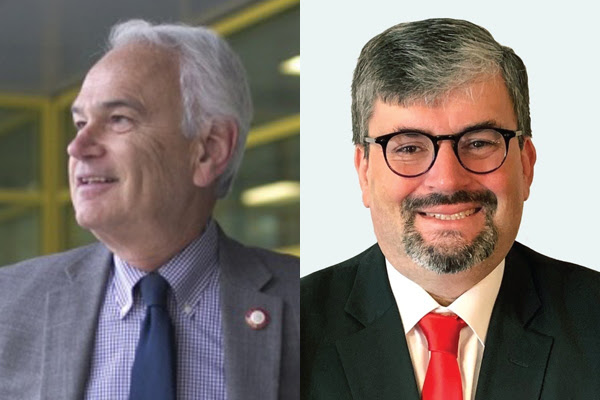 In Queens’ district 30, an incumbent toggles between parties

Queens’ district 30, which includes Maspeth, Middle Village, parts of Ridgewood and Woodside, and other neighborhoods, will get a contest between Democratic incumbent Robert Holden and what very much seems like a Republican placeholder candidate, John Spataro. As detailed in a Queens Daily Eagle report, it appears that Spataro was running as a sort of insurance policy in case Holden himself was defeated in the primary and had to run as a Republican in the general election. This is far from wild speculation, as in fact that exact scenario played out in 2017: Holden, a registered Democrat, lost the primary to incumbent candidate Elizabeth Crowley. Then, the Republican placeholder candidate was replaced on the ballot by… Holden, who ran on the Republican ticket and defeated Crowley in the rematch. The GOP is happy to provide its ballot line because Holden is one of the more conservative Democrats in the Council, frequently sparring with his more progressive colleagues.

That dirty gambit won’t be necessary this time around, as Holden won his Democratic primary, besting the progressive candidate Juan Ardila. Ultimately, that means that in what would otherwise be a district that Republicans could conceivably pick up, Holden will be running against a cardboard cutout who will not even be campaigning, and the GOP is just fine with that. Holden is a good enough representative of their interests as is, and a much better scenario than the risk of losing in the general to a progressive challenger.
All this is to say, the intrigue is not completely gone from the election cycle now that the dust is settling on the primary. Even races with pretty much foregone conclusions have layers, as they always do in the messy politics of New York City.

How Kathryn Garcia Defied the Odds But Came Up Just Short

Did Ranked Choice Voting Work in NYC? It Depends Whom You Ask…

As COVID Cases Climb In NYC, De Blasio Says No To Masking For All

A look at an asylum-seeking student’s life