Welcome to the latest edition of this NYC election-focused newsletter. I’m journalist Felipe De La Hoz, and today we’re delving into what is becoming a notable and encouraging political phenomenon: a renaissance of immigrant worker organization and power, returning as a grassroots force to reckon with after decades of union stagnation and the neoliberal political culture’s turn away from labor activism. 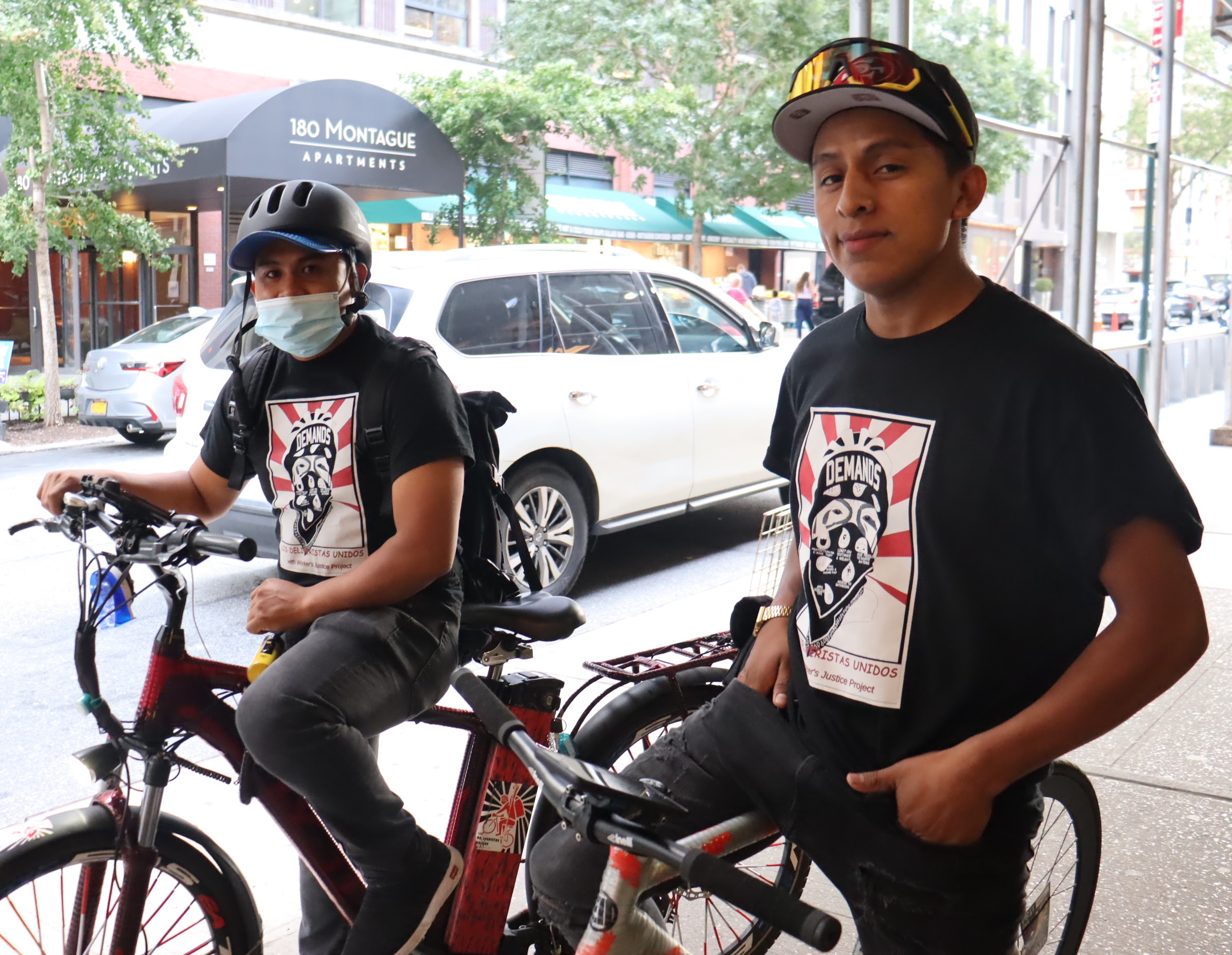 Last month, Los Deliveristas Unidos—a fledgling collective of largely immigrant food delivery workers that has formally existed for less than a year—was able to win a landmark legislative victory in the New York City Council with the passage of bills that would, among other things, lead to the establishment of a minimum wage for delivery contractors and set limits to ride distances. This week, a group of Deliveristas in shirts bearing a symbol with their trademark red-and-white stripes motif were accompanied on a ride-along by none other than Senate Majority Leader Chuck Schumer, who pledged an attempt to use federal infrastructure funding to build rest areas for workers (something that would also help address the city’s infuriating lack of public restrooms in general). 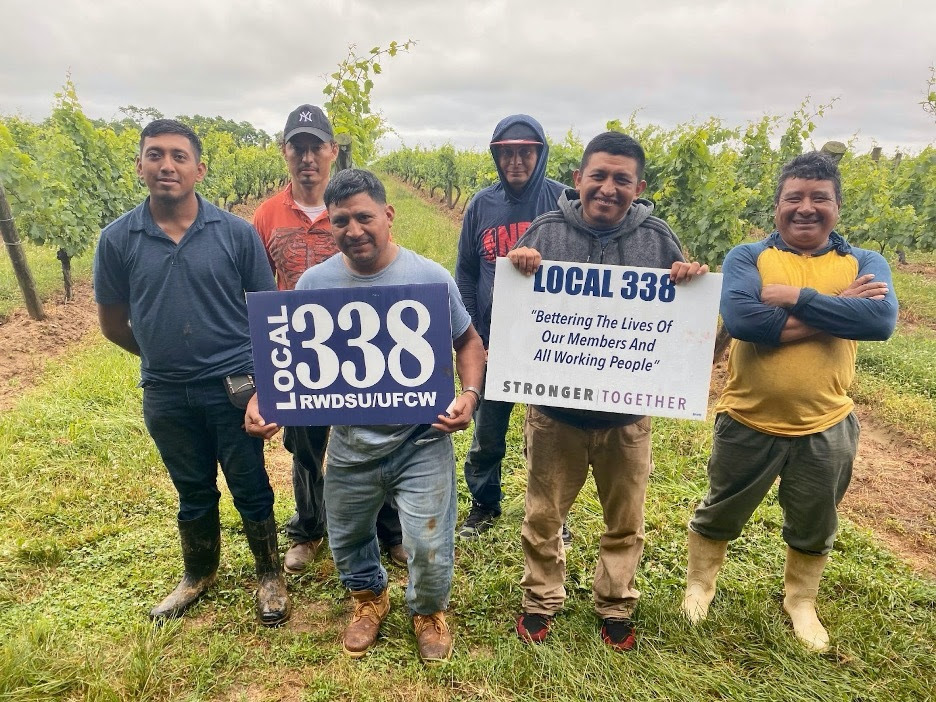 Also in September, a group of workers at a Long Island vineyard formed New York State’s first farm workers union after decades of efforts to win the ability to organize. Until recently, agricultural workers were specifically carved out of the right to collectively bargain by state law, an injustice codified back in 1937. Over the years, they won rights including a law specifying that employers had to provide drinking water (the bar has long been stupefyingly low), but all without unions or any type of joint action. In 2019, the law was changed, and this union, Local 338 RWDSU/UFCW, is likely the first of many in New York’s sizable and varied farm sector to organize in furtherance of these essential workers’ rights. 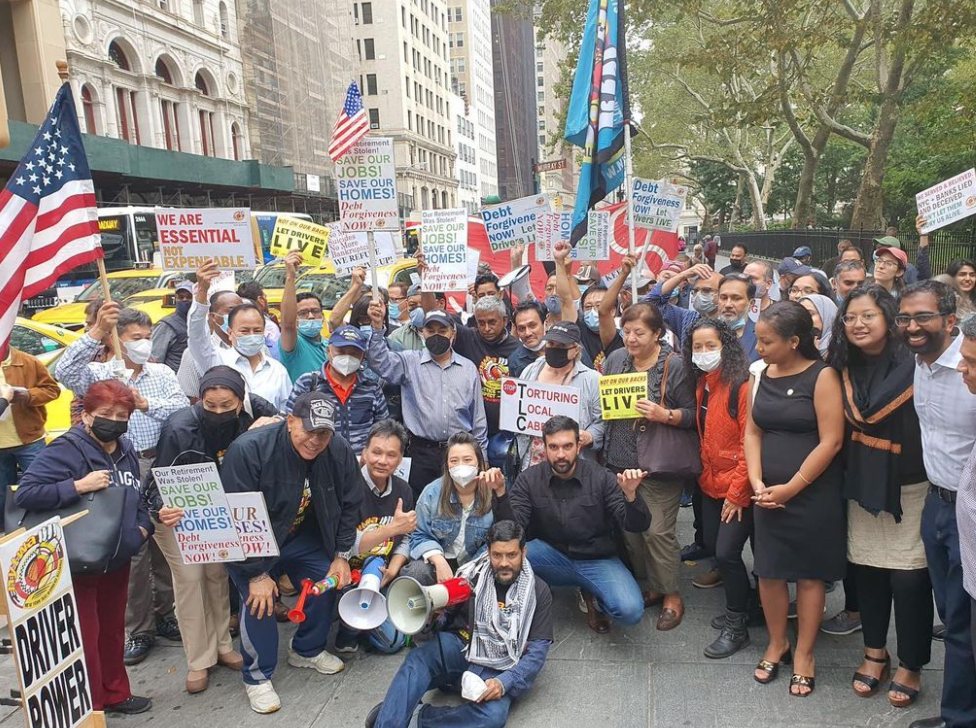 As we’ve written about before, members of the New York Taxi Workers’ Alliance are holding a protest in front of City Hall (yes, they’re still out there) to call for the city to back restructured debts from the purchase of municipal taxi medallions (for the full details, click through to our full edition on it). Though they haven’t gotten what they want, they have received support from policymakers including City Councilmember Ydanis Rodriguez, State Senator Jessica Ramos and, at the federal level, Rep. Ritchie Torres and Schumer himself. This comes after for-hire counterparts operating under the banner of services like Uber and Lyft were able to achieve some first-in-the-nation guarantees for minimum pay and other rights.

It would be much harder to imagine one of the most powerful elected officials in the country backing a government guarantee of immigrant taxi drivers’ unsustainable debts or riding a bicycle around with workers delivering food to New Yorkers even just a few years ago. Yet these workers are increasingly refusing to be invisible, rejecting the premise that they should form the backbone of crucial industries and services while staying out of sight and out of mind. The flip side of the coin is that these movements are ultimately a counter-response to this forced invisibility and injustice, which is to say that they’re mounting in prevalence and urgency because so is the exploitation.

Essential workers have been battered by the Covid-19 pandemic, with undocumented workers in particular receiving almost none of the government aid that others used to barely scrape by. Farmworkers were among the populations most at risk of disease during the pandemic’s early months. Several taxi drivers have taken their own lives after an overheated bubble driven by predatory lenders and an apathetic regulatory system burst in a microcosm of the earlier mortgage crisis. The gig economy has allowed services like Seamless—now owned by former competitor Grubhub—to command enormous workforces without much oversight or labor standards.

These collectives are necessary in an environment of escalating crisis, which lends them a bittersweet tenor. It’s good that particularly vulnerable and heavily immigrant workforces are creating the tools to push back, but we should all be more aware of what they’re pushing back on. In the end, their vulnerability puts them at the forefront of trends that will grow to encompass us all. Taxi drivers have some of the most acute imaginable debt burdens, but out-of-control educational and health debts rising into the trillions of dollars loom over everyone. More and more sectors of the labor force are being funneled into gig and freelance work as the concept of staff workforces with all the attendant benefits and security recede into the past. No industry is totally safe.

The point being, these worker movements are admirable in their fight for equity, but it might also do the rest of us well to view them as a vanguard for what’s to come and taking some notes. Sooner than you might think, no matter what you do, you might find yourself retreading their steps in your own battles for fair labor.